Xà Phìn village is located at an altitude of 1,200m above the sea level

Hà Giang Province is a wild and charming land, and much of the northern mountainous province is incredibly beautiful, including Xà Phìn Village, Phương Tiến Commune, Vị Xuyên District.

Xà Phìn is a village of the ethnic Dao people nestled at the top of the imposing Tây Côn Lĩnh mountain peak.

Winding roads like silk ribbons, traditional stilt houses with mossy palm leaf roofs, the friendliness and hospitality of the locals and their traditional culture are all part of the charm of Xà Phìn. 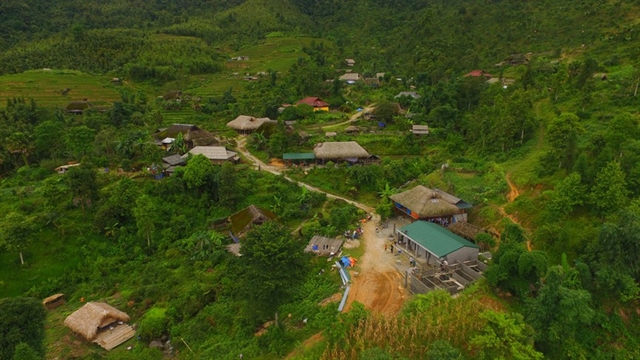 Xà Phìn is a village of Dao people nestled at the top of the imposing Tây Côn Lĩnh mountain peak.

The village is located at an altitude of 1,200m above sea level and located on the road to the mountain peak of Tây Côn Lĩnh which spreads over the districts of Hoàng Su Phì and Vị Xuyên and is one of the highest mountains in Việt Nam.

Along winding roads through the mountainside, we were head to Xà Phìn and on the way, we explored the primaeval forest with rich and diversified vegetation and beautiful forest flowers.

The small and beautiful stilt houses were inserted into the terraced rice fields, hidden away in the mist. The rice fields stretched to the horizon, alternating between hills and streams and the open space of the mountains and forests to create a charming beauty.

Going through the village's welcome gate, the small village appeared unobtrusive and poetic. In the village, we experienced the unique culture of the Dao and saw the oldest Shan Tuyết tea trees which are hundreds of years old.

We seemed to be lost in green tea heaven. The fresh tea buds are rather big, coated with 'lanugo'. After being processed they are covered with a milky layer of 'snow' with aromatic scents. So it is called Shan Tuyết (snow). This tea tree is considered a huge part of the lives of people here.

"Xà Phìn Village has a cool climate all year round so it is suitable for the growth and development of the Shan Tuyết tea tree. Many ancient tea trees have existed for many generations, witnessing many changes in this village. Xà Phìn villagers are very familiar with tea trees. In recent years, Shan Tuyết tea has become the staple cash crop of the village, bringing a good income for locals,” said the head of Xà Phìn Village, Đặng Văn Háu. 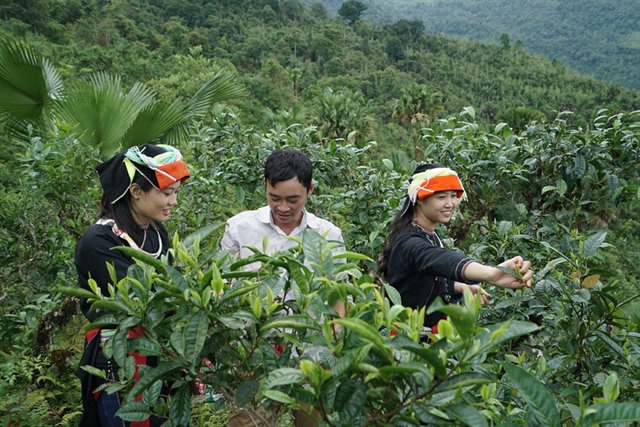 Shan Tuyết tea tree is considered a huge part of the lives of Xà Phìn villagers.

The village has 70 households, all of whom are ethnic Dao. People still retain many unique traditions which are expressed in customs, rituals, folk songs, folk dances, costumes, folk games and festivals such as lễ cấp sắc (maturity ritual), a rite of passage declaring the coming-of-age of Dao men.

These features are also the foundation for the village to promote ecotourism in association with building community-based cultural tourism village, according to Háu.

Hà Giang is also land with miracles of nature, among which are the mysterious caves that visitors love checking out.

We continued our journey to visit Tùng Bá cave in Hồng Tiến Village, Tùng Bá Commune. Unlike most other caves, Tùng Bá cave appears across the mountainside, about 10m from the valley's surface.

Tùng Bá is a system of large and small caves connected to each other. It has exits and skylights. The cave is about 890m long and in some places up to 25m wide.

Tùng Bá is surrounded by a complex of limestone mountains and a rich valley. Along the valley, there also many ravines with other small caves. 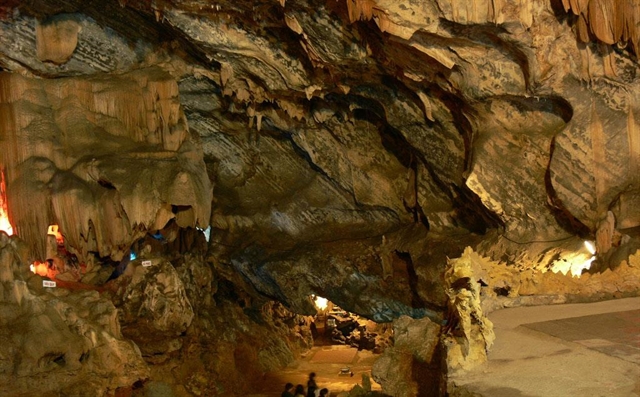 Tùng Bá is a system of large and small caves connected to each other.

The stalactite and stalagmite system of Tùng Bá cave is very diverse and colourful alongside the cool and pure water wells. Another rare feature is that the cave also has symbiotic products, adhering to the walls, ceiling and bottom of the cave.

In the east of cave, there are primaeval forests with wild animals like snub-nosed monkey which is one of the rarest primate species in the world today and is endemic to Việt Nam.

In this place, you can indulge in the pleasure of breathing fresh air and admire the beautiful natural scenery to forget the chaos of the city.

The Vietnamese Government is eyeing re-opening its borders to international travelers as COVID-19 vaccinations ramp up and work on digital health passports continues. Last week, a Vietnamese Government committee said the country’s IT infrastructure to support a new normal in international travel was now in place. But questions remain when to open Vietnam’s borders and to who. A tale of two airline markets in Vietnam Vietnam shut its borders to all but its own citizens and essential internation...

Tourists visit Ninh Binh's Trang An Landscape Complex on the New Year holiday 2021   Ninh Binh province, a tourist destination in the north, is launching several measures to achieve its goal of welcoming 7 million arrivals this year, during which it hosts the National Tourism Year. According to Director of the provincial Tourism Department Bui Van Manh, the department is giving recommendations to the local authorities on preparing for the year, assessing tourism service development projects,...